Thanks Nerf for the latest behind the scenes video! Check out the light up tank and multi-barreled shooting action of the Splatterblast.

Ok! Let’s take a look at some high-flying insanity from Zing Toys in the form of their Blast Off Sky Gliderz! Similar to the Sky Ripperz in launching mechanics, but vastly different in ammo. Where the Sky Rippers have that front heavy foam head attached to a plastic/paper shaft, the Sky Gliderz are foam-winged…. well, gliderz. They’re shaped like planes (and the wings are adjustable, you DID watch the video at the beginning, right?) but launch off the Rip Zip Launcher the same; simply hook in, pull back, a little elevation helps, and let go.
This review is a little different than most of the ones for this blog, because the toy in question shoots but for a vastly different purpose. It’s a glider, a model(ish) plane, something that simulates the fun you’d have out of flying a paper airplane and then some (maybe.) It’s not for target shooting, and the design makes it so that isn’t something to expect you can do. You just pull back, let go, and enjoy the show.
I set out a target to check the range, but with all the looping/zooming around in a variety of directions, it just wasn’t the right criteria to look for. As the box instructs, elevation, firing technique, and wing position can all dictate how/where your gliderz fly. In my case, the gliderz would loop around once (whistling through the air) and take a flight path that landed it about 90-180 degrees from where I originally aimed. As you can tell in the video, it was tough to capture on film. And I made sure, given the unpredictable nature of gliders in general + the power zing uses for most of their toys, this particular toy needed space. Like an open field.
Like I said, predicting where the Zing Sky Gliderz is one of the more fun/whimsical (depending on your perspective) aspects of the toy. It gets long range for sure (after some wing bending) but where you’re going to have to walk to pick it up is another question. Maybe you’ll figure out how to launch the Sky Gliderz in such a way you can fly between bottles, but in my opinion, the most fun to be had is just to keep it simple and let the gliderz fly where they may.
Depending on how far you pull back on the Rip Zip Handle, that will determine the distance and speed of your launch, and whether you’ll hear that amazing whistle as it zips around you, or a slow, easygoing cruise down to the ground.
So yeah, while the Sky Ripperz have range, they behave in a predictable linear pattern. They’re satisfying to pull back and see how far they go. The Sky Gliderz are plenty of fun watching just how nuts they go, and worth a look when you’re outside this summer. Just make sure if you take’em to a picnic that you have A LOT OF SPACE around you, and do be careful if you make it circle around yourself, in case the Gliderz get a little close. However, that is definitely a trick shot you can’t claim with a lot of other toys.
Questions? Comments? Leave one! Thanks to Zing Toys for the samples, and take care!
Stampede
Thanks to Nerf for the latest drop of gear! More pics to follow!

As has been heavily covered already (seriously, I’m basically the last one to post about this), Mattel’s jumping into the blaster market (again!) with a product called BOOMco. I heard rumblings about this at New York Toy Fair, amidst other companies and apparently the group at dartblaster.de heard about it during the International Toy Fair Nürnberg. Not having anything solid to go by, I haven’t been able to say much at all about it. Mattel was also booked solid by the time I found out, so I wasn’t able to bug them.

Much EXTREME, such stunt. Wow.

The incoming available product line can be found here on Amazon. 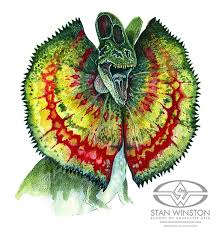 All joking aside, I’m a bit surprised and really interested at Mattel even getting near blasters again. I want to expect a knock-down, drag-out slugfest of innovation in blasters now that 2 of the top toy makers out there are on a collision course. They rule the roost with Barbie and Monster High, have some great games with Uno and Apples to Apples, but blasters and playing with blasters has been synonymous with Nerf. The other brands (not necessarily blasters) on the market are carving a great niche (Zing, Marshmallow Shooters, Power Poppers, Tek Recon come to mind) but admittedly, a blaster brand/company with the resources and deep pockets like Mattel has been long missing. Nerf, long synonymous with blasters for many years might have that challenger.

One thing I can tell, not all the blasters are triggered. The Twisted Spinner blaster isn’t, and has a… different kind of rotation mech.  The Rapid Madness does have a trigger though, but it also uses a clip reminiscent of a Powerclip/Magstrike (additional clips are sold separately).

– Blasters should hit around 70′ (not sure if this is for all of them, but it’s claims are close to N-Strike Elite)
– Darts use “Smart Stick” Tech to show hits, supposed to be used with the shields/targets that also stick to surfaces. As shown in the videos, the targets can be worn on clothes to optimize stickability.
– Eye protection, 2 in 1 bandolier, extra darts, targets, and clips will be sold separately.
– The shields are used to protect and collect, catch your opponent’s darts so you can fire them back. I guess that helps cut down on dart sweeps…. maybe? The shields are fixed to the blasters via tactical rail.
– Interesting bit, if you watch the videos from the pros in their interviews, one of them mentions how you don’t really know where the darts are going, adding to the satisfaction when you DO get a hit. Testament to the accuracy? Who knows. Honestly, that won’t be a confirmed thing until these come out Summer 2014.
– Mattel looks to be going big – Nerfnation meet the BOOMco League (and win a “Boom Box” while you’re there.)

Mattel has a reputation for putting out strong, quality products. Can’t attest that the reputation upholds though until these are out. The videos however make a good number of promises, and I will admit with Mattel’s name involved, I am just a touch less skeptical than I would normally be. Given the past incarnations of sticky ammo from other brands though, I wonder how those new darts will work on cloth and skin. But wondering is about all I can do, along with the rest of you, until these come out and hopefully I can get my hands on them. BUT, with the possible competitiveness between these two powerhouse toy companies… I truly hope it’s us the consumers who win out. With each trying to outdo the other we might see some of the best blasters to date in performance, quality, and features.

Just like the title says. I ran across this promo on twitter, and thanks to houseparty.com it looks like entrants can have a chance to win a Nerf and Cheetos sponsored summer house party.

Taken from their site, here’s the prize:

Hey all! Found this pool noodle with fins and the center cut out for $2 in the Tiys R Us seasonal section. Huge foam missile. Anyone have a titan handy? I can neither confirm nor deny results, but worth a look, even moreso when they go on clearance 🙂