Chris, a player from Ohio, opted to hold off the encroaching zombie horde during Nation vs Zombies, in what I like to call pulling a “Boromir” (I’m sure other people do it too, but that’s not important). This, is his story.

I was fortunate enough to record this, and moments like THIS are why I sometimes have to step back and carry the camera, not the blaster. Tough job, someone’s gotta do it. I still have the main video to work on, so more highlights to come!

Nation Vs Zombies: where 400-500 blaster/undead enthusiasts got together and had a good time of it. Next year: Athens, Ohio. 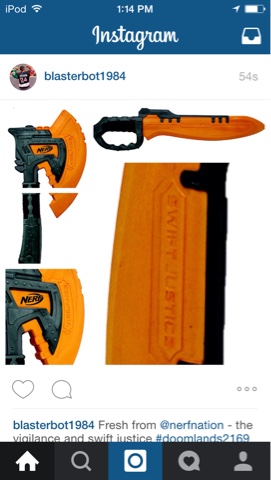 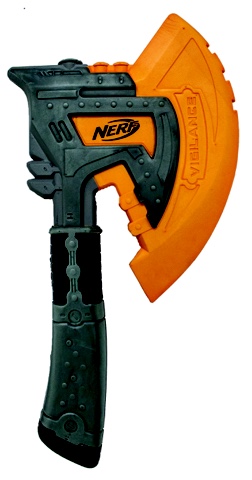 By: Vas The Stampede

Thanks to Playmates for the samples to review, all opinions are my own

MSRP: Approx. $17.99 (what I saw on some Target listings)
Material: EVA foam
Raph’s sai are the only 2 pack; all others are single

I’ll be honest, I’m a huge fan of the Teenage Mutant Ninja Turtles and it gladdens my heart to see the Turtles back in all their resplendent, pizza eating glory. When I was around for the 90s run, we didn’t have the foam weapons like the above; our toy TMNT weapons were made of hard plastic. While it built character, it also wasn’t particularly safe for household items or limbs.

Nowadays though, the TMNT Dojo sets are made of soft foam, on par with any Nerf N-Force weapons and I think they’re a bit tougher against scuffing/gouges/odd bruises.  NOW THEY SAY ON THE TOY TO NOT STRIKE AT PEOPLE/ANIMALS/OBJECTS but things happen, and when they do your TMNT weapon should be ok taking incidental contact. Don’t actually go fighting ninjas with these.  Zombies maybe, but that depends on who is calling the shots. 🙂

One thing I really like about the weapons are the little details and definitely cartoony nature of their look.  I would have liked to see Donatello’s staff a little longer to differentiate itself from Leonardo’s Katana, but hey, it’s built for a kid.  Raphael’s sai handles are a good size for even adult hands, and I had no trouble whipping Michelangelo’s Nunchaku around like a proud amateur who watched the original movie plenty of times.  Fellow ‘chucker, indeed (for the record I’m 5’7″)

Again, these weapons are constructed from a soft foam, but that’s no reason to start wailing away on anyone with these. Pretend you’re a ninja sure, but leave the vigilante justice to the pros.

While in the store, I did test out Donatello’s staff with the Deluxe Turtle Shell; it held in the holster quite nicely and was a good fit. I did have some difficulty getting it back out and I’m not sure the other weapons would holster as nicely. Also, while I said the foam is durable I think the plastic from the latch in the Deluxe Shell would wear away the handle on the Dojo sets. The plastic versions would probably be a wiser decision to pair with the Deluxe Shell for the mutant on the go.

The weapons might be considered expensive, at almost $20 you’re looking at a bit of an investment to recreate your favorite Ninja Teens but you are getting a quality toy roleplay product. I wouldn’t take these to a LARP but to raid the Technodrome or infiltrate the Kraang, you’re in good shape. The decision to change the shape of Raphael’s sai was an odd one for me, but maybe that was in the ability to package 2 together, unlike that Wolverine claw nonsense which was ONE PER PACKAGE.

Overall though, I really like these and for your up and coming Ninja Turtle fan these are good for costuming and playing pretend. If you are in that older market, You may get a good kick of nostalgia or jealousy because you wish you had these when you were bruising yourself and your friends with this. Questions? Comments? Let me know!

How was your Halloween?  As you hopefully spent it in costume, let’s look at a toy out there for the costuming/role play/imagination bunch, Skylanders Giants Tree Rex Smash Hands from Mega Bloks!

Based on this guy:

Come these hands (sample provided by Mega Bloks) intended to protect the world.

Approx. $24.99 (based on the availability)
Range:  Uhm… what?
Comfy: Totally.  Though obviously built for a kid, these will fit on adult hands too.

You use them as such:

and first things first, they protect your hands! Dress like Tree Rex, minus a lot more external bark on you.

The foam of the hands is thickest and at least a couple of inches thick at the knuckles, so while I don’t recommend using these as boxing gloves or striking people, animals, household plants, or sparring in a mixed martial arts class, they are pretty soft.  There is a small strap on the inside to hold onto while wearing the fists.  The box is open, so when you see these on shelves you can check for yourself just how soft these hands are.

Skylanders Giants and Mega Bloks offer up a way for youngsters to role play as Trigger Happy and now Tree Rex, taking the action from the video game/construction sets to getting up and imagining themselves as their fave characters.  Maybe a play group out there utilizes a melee weapon ruleset, and need something past the Hulk hands of the past.  Either way, I do like the look of these toys and hopefully we’ll see more of Skylanders Giants and their role play toys as the franchise continues.

Like it?  This is also out – Ignitor’s Flame Sword

Quick news from the Nerf sources:

The Nerf Alpha Girl Mission Kit I reported on back in February has been renamed:

The NERF REBELLE SWEET REVENGE Kit is a girl’s best friend and includes the accessories she needs to take on any NERF REBELLE mission in style. The star of the NERF REBELLE SWEET REVENGE Kit is the bold five dart revolving blaster, which features a cool purple deco and bright magenta accents. Pull back on the lever to ready the blaster and press the trigger to send darts soaring through the air up to 75 feet. Add style savvy during non-stop, action-packed adventures with the included pair of NERF REBELLE VISION GEAR eyewear. Taking a break from the excitement? Players can stow their blaster and extra darts in the included hip holster, and take the NERF REBELLE action with them wherever they go. Includes blaster, five collectible darts, and belt clip holster. Available at most major retailers nationwide and on HasbroToyShop.com.

And in case anyone doesn’t remember how this thing shoots: