“Hasbro announced details of an all-new NERF product in honor of the 35th anniversary of the iconic film Aliens– the Nerf LMTD Aliens M41A Pulse Blaster, which is now available for pre-order via GameStop and Hasbro Pulse in the US, and EB Games in Canada. The limited edition blaster features two different kinds of darts – Elite Darts, which can be fast-blasted rapidly in a row, and NERF Mega Darts, with a Pump-Action Blast. The Nerf LMTD Aliens M41A Pulse Blaster includes a removable 10-dart Elite dart clip, 10 Nerf Elite foam darts, 4 Nerf Mega foam darts, and an LCD dart counter.”

“The blaster will make sounds for: firing when loaded, firing when empty, adjusting the dart count, and blasting mega.”

GET HYPE! I didn’t see this happening. Apparently there’s a branch at Nerf called “Nerf LMTD”, and given it was their department that made this happen, where does it end? What intellectual properties are next? NECA to my knowledge still has Aliens related properties, so what kinda magic did the legal team manage, and what’s next?

Blade Runner, Gears of War, Dead Space…. what else? Does a deal with Call of Duty mean getting a Nerf M1 Garand? Much like the multiverse, seeing this just opened a lot of other doors! One of the most popular expressions I ever get from the Hasbro team was “not outside the realm of possibility”, and the realm of possibilities just got bigger. The Aliens announcement is one of the craziest most hype things I’ve ever seen from Nerf yet, and that it’s a blaster is fantastic. Not sneakers, not a video game, but a blaster.

And the blaster might not be anything spectacular in terms of performance. It’s flywheeled, potentially full auto, so it might be on par with a Rapidstrike or Hyperfire. The magwell might not accommodate anything beyond stick mags (no drums!) and stock performance of elite darts lately gets to be 40′-50′. The mega launcher may hit 30′-40′.

And that’s ok. I usually don’t fall for the “but it looks cool, right?” mentality in blasters, but it gets a pass here. Because it’s the FREAKIN’ ALIENS SPACE MARINE CARBINE. WITH SOUNDS. So yes, Hasbro, take my money.

It’s funny, because the day this got announced there were the usual “ho hum, cool it’s a rapidstrike with a master key. We’ve already BEEN DOING THIS. TRY AGAIN” comments in the ether.

To those folks, uh, have some fun. Not everyone is buying 3D parts or spending hours modding in their workshops, if they even have one. This blaster saves me about $200 by NOT buying the airsoft version, and I get the Aliens carbine I always wanted. Not all of us surf through YouTube to get news and mods because we have other things we’re doing. Here, we have an out of the box, sound making, licensed rifle that connects us to one of our favorite films. You don’t like it, move on, don’t buy it, but don’t try to kill my buzz.

Either way, I’m excited and it sucks that this won’t be out ’til 2022. In the meantime, we have the Amban Phase Rifle from The Mandalorian to look forward to. 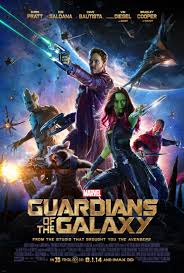